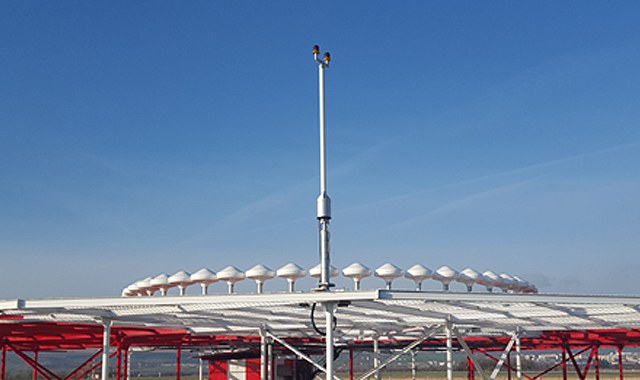 In process of implementation is a project for modernization of DVOR/DME (Doppler VHF Omnidirectional Range/Distance Measuring Equipment) navigation systems, situated on the territory of the international airports in the country, as well as on other key positions. They are used for provision of air navigation services to aircraft both in the terminal areas and en-route.

The Distance Measuring Equipment (DME) is also part of the DME-DME navigation infrastructure used for the purposes of area navigation.

The modernization of these systems shall improve the accuracy and continuity of the transmitted navigation signals, thus raising the level of flight safety in the delegated airspace of the Republic of Bulgaria in the conditions of increased air traffic.